How To Fix: Recover Data From a Scratched or Damaged CD or DVD

In the course of repairs that my clients ask me to perform, occasionally I am confronted with a CD or DVD that they wish to get the data from but are having difficulty.

There are many reasons that this can happen such as scratches, dirt, ink seeping through from the label or even cracks.
IF THE CD/DVD IS CRACKED, BE PREPARED FOR THE POSSIBILITY THAT IT MAY SHATTER IN THE DRIVE. SINCE TIME MAY BE LIMITED, YOU PROBABLY WANT TO MOVE STRAIGHT TO ATTEMPTING TO IMAGE THE DISC AND HANDLE IT AS LITTLE AS POSSIBLE.
I have lost two optical drives to exploding discs. Both times the discs were badly cracked and attempts were made to limit the speed and maintain the best possible balance but they still exploded. Fortunately a large amount of data (all of it in one case) was recovered prior to the disc self destructing.

Normally though, I encounter discs that are scratched and scuffed to the point that they are no longer readable. Often you can view the disc and the files on it but any attempts to open or read the files gives an error. 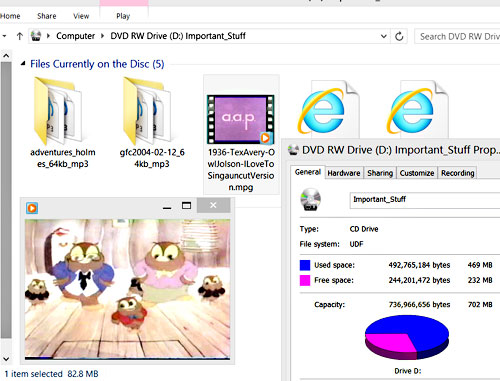 Then we’ll damage it by slicing the surface with a knife held at an angle to simulate really bad scratches. 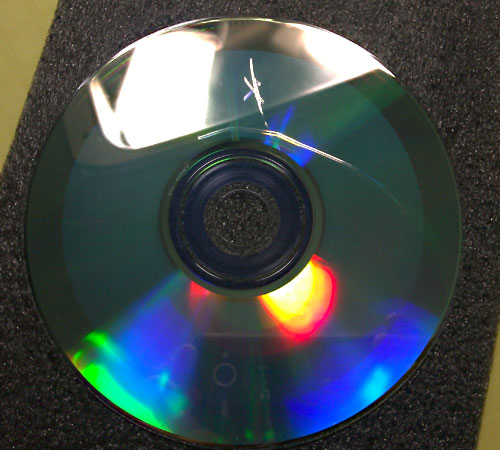 Now the disc does show the list of files on it but trying to access them does not work. 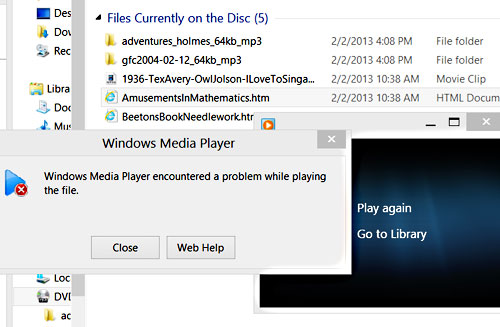 The main rule for cleaning is simple to state but may be difficult to execute.
DO NOT MAKE THE DAMAGE WORSE
That’s all you need to do when cleaning. Simple, no?
Not always 🙂

Here is how I proceed with cleaning. Usually I stop after the first step. They rarely seem to require any kind of scrubbing or wiping so I avoid it as much as possible.

REMEMBER TO STOP WHEN IT SEEMS AS CLEAN AS IT WILL GET. YOU DO NOT NEED TO DO ALL OF THESE STEPS

Let me to repeat the main rule of cleaning.
DO NOT MAKE THE DAMAGE WORSE
You are removing foreign material, not altering the physical state of the disk.
You are not trying to buff out scratches.

Try reading the disc again
MAKE SURE THE DISC IS COMPLETELY DRY
Sometimes cleaning is enough to give you an opportunity to copy all of the important files from the disc.
If you have access to multiple optical drives try them all. They can differ in quality and I have found some to be excellent at reading damaged discs that others simply won’t read.

Make a rescue image of the disc

You still can’t read the disc. Sorry to hear that but there is hope.

If a free tool helps you, please
donate to the people who created it.

To get started, download and burn a PartedMagic BootCD/DVD
and boot the computer with it.

In this example, we’ll make the image on a USB flash drive plugged into the computer so we will need to mount the partition on that which is, in our case, /media/sdd1. We’ll use the MOUNT DEVICES button in the lower left hand corner of the desktop to open Mount-gtk and then press the MOUNT button next to /media/sdd1. 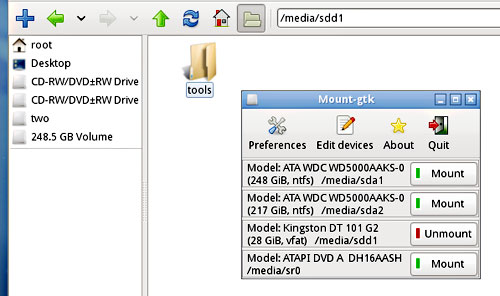 Make an image with GNU ddrescue
Now we can open a Terminal window by clicking the monitor icon next to the MOUNT DEVICES icon in the lower left corner of the desktop.

We will do this in at least two passes. The first one will simply get all of the data that is easy to read and in good shape. For this pass we type in the command…

It finishes in about 20 minutes but it does not look good. While it recovered about 310MB of data, it was not able to recover 155MB so we are still missing a third of our data.

At this point, we can try mounting that ISO and see what is on it. In this case, I found many files were intact but some of the audio books had large gaps in them or would not play at all even though they appeared to be the right size (since ddrescue fills the errors with empty spaces). 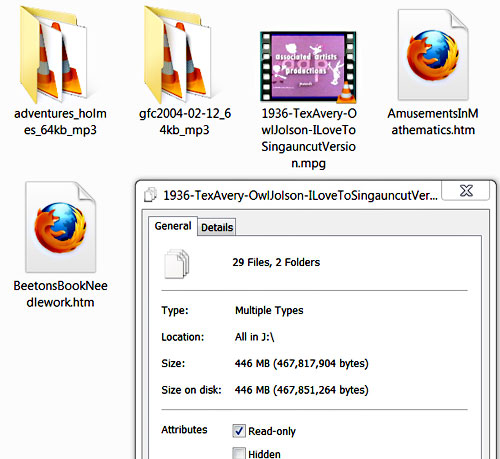 You can go through the files and if the important files that you want are intact and not damaged then you can recover them and you are done. However, if like in my example, the files you want to recover are damaged then you need to continue on to the second pass. It is often much more time consuming than the first pass was.

This time in the terminal we type

We removed the -n so this time it will dig deeper to recover errors and we are using -d to give us direct access to the drive without any caching.

After 24 hours (almost to the minute) it finished but was still unable to get 21MB of the data. That is a lot better than the 155MB that was missing after the first pass. When we mount the image, everything is fine except the cartoon. It is still messed up and corrupted in some parts. It is 86MB so 21MB is about a quarter of it. Playing it works but there are sections where the image or audio is corrupted and scrambled.

Try another CD/DVD player to get even more

I have a very good external optical drive that I can use to try to get some more of that data. Here we hook it up and attempt a third pass using the same command as we did for the second pass (we change the source path to the external optical drive) and we add -r 3 to have it retry all the data that it could not get before three more times.

After 24 hours that only got us another 2.2MB so there is still about 18MB missing. It never even finished completing the first retry in that time.

Next we try a standard internal drive from an old broken computer that we hook up externally with a PATA/USB bridge. I don’t expect it to do much but let’s try it.

Again, the external drive is detected in PartedMagic as /dev/sr1 so we use the same command that we used for the third pass.

Wow! After 24 hours an additional 5MB of the worst damage is recovered so there is only 13MB left that is a recovery of 97.2% of the data. We’ll let this one run for a while longer. After another 12 hours we get another 2MB and that seems to be the extent of our recovery efforts with these tools and drives.

97.7% recovered after three and a half days. I tried several more optical drives and also retried drives that I had already used but could only get less than 100Kb more so this appears to be the best we can do with this technique. All of the data is playable, viewable and readable except for some periods of audio and video corruption in the cartoon.

5 Replies to “How To Fix: Recover Data From a Scratched or Damaged CD or DVD”